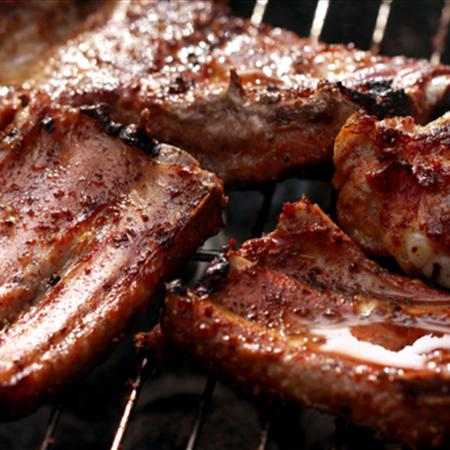 Barbecue or barbeque (with abbreviations BBQ, Bar-B-Q and Barbie), used chiefly in the United States, Canada, the United Kingdom, New Zealand and Australia (called Braai in South Africa) is a method and apparatus for cooking meat, poultry and occasionally fish with the heat and hot smoke of a fire, smoking wood, or hot coals of charcoal or Liquefied petroleum gas.

The term as a noun can refer to the meat, the cooking apparatus itself (the "Barbecue grill" or simply "Barbecue") or to a party that includes such food or such preparation methods. The term as an adjective can refer to foods cooked by this method. The term is also used as a verb for the act of cooking food in this manner.