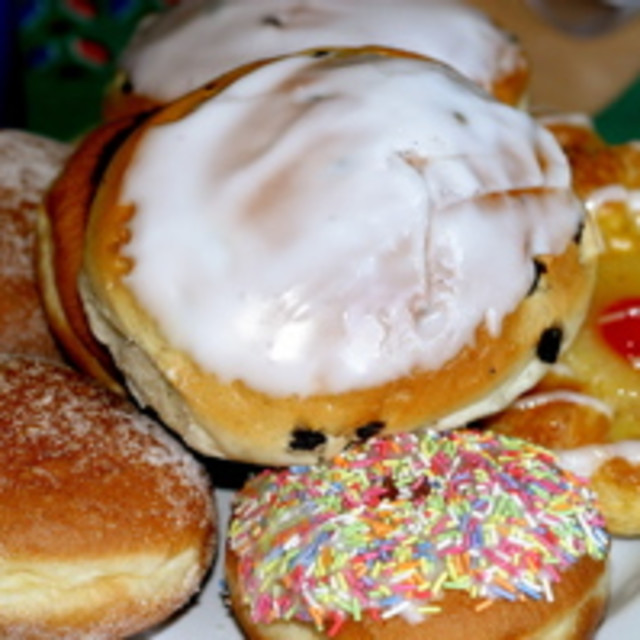 Mace is the bright red, net-like membrane (or aril) that covers the nutmeg seed. The oval-shaped casing is removed from the seed, flattened and dried to a yellow-orange spice.

Warm, sweet and aromatic, mace is used to flavor everything from savory dishes to baked goods. Food manufacturers commonly add the spice to hot dogs, Worcestershire sauce and donuts, while home chefs favor it for pies, custards, cookies and beverages like mulled wine.

When the Dutch took over the "Spice Islands" area of Indonesia, mace and nutmeg were among their richest prizes. Knowing the spices' Myristica fragrans trees did not grow elsewhere, they established one of the tightest monopolies the world has ever known.

Legend has it that the Dutch monopoly ultimately crumbled because a Frenchman started smuggling the seedlings out of the West Indies. True or not, a series of transplantings did occur, and after the 18th century the spices were produced in other areas of the world.

While similar in taste and smell to nutmeg, mace is more intense, slightly sweeter and also more expensive (it's separated from the nut by hand). It is sold in a ground, powdered form, and less frequently, in whole "blades."

Though ground mace deteriorates much more quickly, many cooks prefer it to the blades, which are not easily crushed. The blades are useful, however, for recipes that employ steeping the spice in a liquid. Quite pungent, one blade is enough to flavor a meal of four to six portions.

• Use mace in lighter-colored recipes where dark flecks of nutmeg would be undesirable.

Try one of our favorite mace recipes: