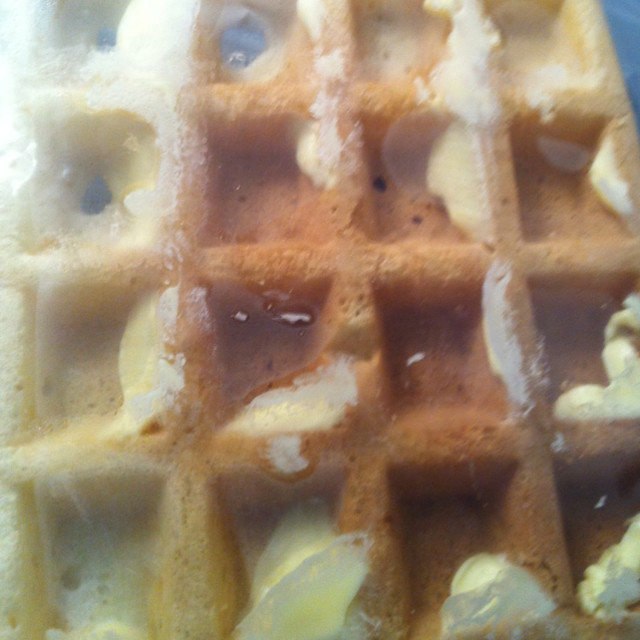 Made from a batter consisting of flour, liquid, egg and oil, waffles are cooked on a special two-sided iron with honeycombed patterned griddles. Waffle irons can be electric or made for the stovetop, but both styles produce crisp, light cakes that beg to be topped with syrups, fruits, nuts or whatever tempts your taste buds.

There are a number of waffle iron shapes available, including square, round or heart. Belgian waffles are made on special waffle makers with extra large, deep grids. These are often topped with strawberries and whipped cream.

Thomas Jefferson brought the first waffle maker to the U.S. from Holland in 1789. The pair of irons and tongs was used to introduce waffles at a White House dinner.

By the 1800s, street vendors were selling waffles with butter and molasses or maple syrup. Toward the end of the 19th century, the electric waffle iron was invented and made its way into nearly every American home. It became popular to make waffles on Sunday nights.

• For crisp waffles, add 1 to 2 tablespoons of sugar to your batter.

• To keep waffles warm until serving time, place them on a baking sheet in a 350ºF oven.

• To reheat waffles, use a toaster or toaster oven. They won't come out crisp in the microwave.