Try this Apple Pie with Oatmeal Cookie Crust recipe, or contribute your own. 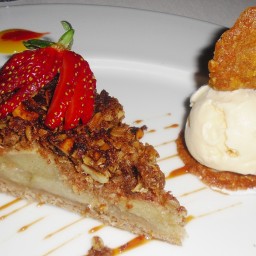 CCheryl
Excellente recipe, i added a strawberry sliced and some icecream and cookie for garnish, this is a great recipe, and thank you for sharing it, CCheryl, it defenately deserved a photo!
11y
Reply
Reply