Try this Baby Greens with Pears, Walnuts, and Pomegranate Vinaigrette recipe, or contribute your own.

1) Cut the pomegranate in half crosswise. Hold one half at a time over a bowl

and tap it with a wooden spoon while the kernels fall into the bowl. Discard

out with the kernels.

oil, sugar, and salt together. Add half of the pomegranate kernels to the

and stored in the refrigerator for up to 3 days.)

3) Place the greens in a large salad bowl and toss them with the vinaigrette. 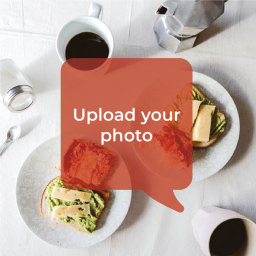 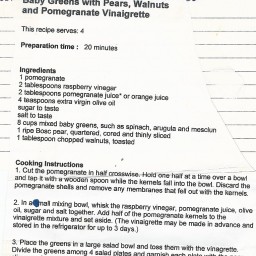