This recipe is from the makers of Baker's Chocolate. It's really easy to prepare and tastes great!

Adjust oven rack to center position and heat oven to 350 degrees F. Line 9- by 13-inch baking pan with foil, with ends of foil extending over sides of pan to form handles. Grease foil.

Microwave chocolate and butter in large microwaveable bowl on High for 2 minutes or until butter is melted. Stir until chocolate is completely melted. Add sugar, stirring until well blended. Beat in eggs (one at a time) and vanilla until well blended. Add flour and nuts, and stir to incorporate. Stop stirring when no traces of flour remain. Spread in prepared pan.

Bake for 30 to 35 minutes*, or until toothpick inserted into center comes out with a few fudgy crumbs. Do NOT overbake. (It's better to underbake brownies than to overbake them.) Cool in pan on wire rack. Remove brownies from pan, using foil handles. Cut into squares. Store in tightly covered container at room temperature or frozen for up to 2 months..

* Note: Start checking the brownies before 30 minutes -- I usually start checking at 25 minutes and don't bake much past that. As soon as a toothpick inserted in the center comes out with fudgy crumbs instead of batter they are done.

Saucepan Preparation: Combine chocolate and butter in a small saucepan over very low heat, stirring occasionally. When chocolate is just about melted, remove from heat, and continue to stir until mixture is smooth. Continue as directed in recipe.

Cake-Like Brownies: Stir in 1/2 cup milk along with the eggs and vanilla, and increase the flour to 1-1/2 cups. 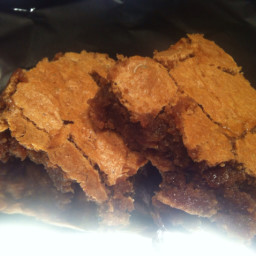 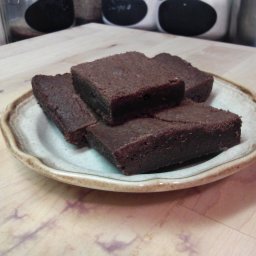 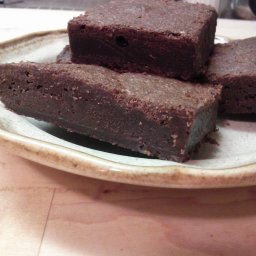 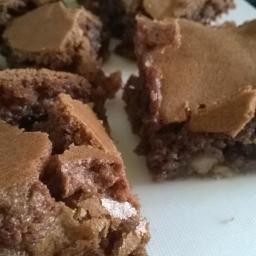 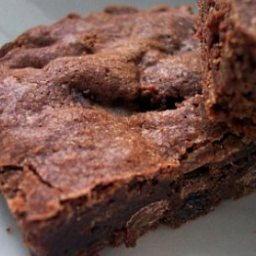 trishagriffin
Luckily I referenced the original one bowl brownie recipe on the bakers unsweetened chocolate box. It calls for 4 ounces of chocolate which would be the whole package. The four squares would not be enough! The recipe is delicious. Yum!
1y
Reply
Reply

cookpook
Great recipe and definitely brownie-ish and not cake-like at all. Came out of the oven very soft and had sunk in the middle but cooled nicely. Froze well and handy to have when needing a chocolate fix!
8y
Reply
Reply

JStoley
Loved this recipe!! Favorite brownie, bar none! I didn't have baking choc., so I used a 3.5 bar of milk choc. and one of dark choc. and increased the flour slightly, hoping it would turn out good. All I can say is wow! Who knew?! Thanks for posting!!
9y
Reply
Reply

ifeyu
These were surprisingly easy to make and really good. I had to cook for about 40 minutes at 350 degrees. Brownies were not cake-like at all. Will definitely make again.
9y
Reply
Reply

Oli02
Never had a problem with them finally found a brownie that's good and not out of a box.
9y
Reply
Reply

donetteee
These are the best brownies ever
9y
Reply
Reply

sblethen
Very easy to make and it fit the need of using what I had already on hand!
10y
Reply
Reply

tdade17
it was really good but tasted more like caramel than choclate i added 5 blocks of bakers choclate instead of 4 and added a half cup of milk , 2 teaspoons of cocoa powder
10y
Reply
Reply