A delicate yet flavorful creamed horseradish sauce that goes great with Prime Rib.

Chill a large bowl (I use a metal bowl) and electric mixer beaters in the freezer for about 10 to 15 minutes to get cold. Put heavy cream in fridge to chill.

Pour cream into chilled bowl and beat with an electric mixer on high speed until soft peaks form. To test peaks for proper consistancy; stop beaters and lift them from the cream. The mixture in the bowl should have droopy, but definate peaks. **Do Not Overbeat**

Combine the horseradish, vinegar, mustard, sugar and salt in a seperate small bowl and mix well.

Fold horseradish mixture into cream by gently cutting down to the bottom of the bowl and folding over the top of the mixture. Continue folding until everything is completely incorporated.

Cover and refrigerate for at least one hour. May be made up to eight hours in advance. 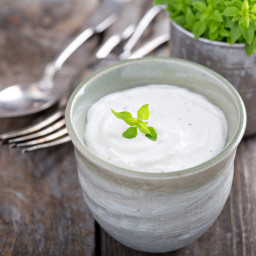 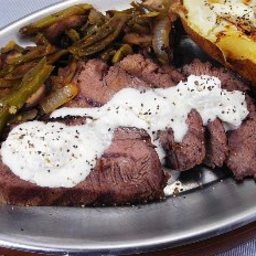 kkeser
We used this with grilled flank steak and it was absolutely superb!
9y
Reply
Reply

bluent12
Am hoping to impress with this recipe!
10y
Reply
Reply

promfh
This is so good I had to make a beef roast just so I could serve with this sauce. I doubled the horseradish in a smaller batch and it was even better.
12y
Reply
Reply