Try this Brioche French toast recipe, or contribute your own.

Dissolve 1 packet of yeast in ? cup of warm whole milk. Add 1 cup of flour and 1 egg. Use wooden spoon to mix until a shaggy dough forms, and then add another cup of flour.

Stir that until it just comes together. Add another cup of flour and continue stirring until a shaggy dough forms and the wooden spoon isn’t useful anymore, in which case, you have to use your hands to mix the dough.

Add the final ½ cup of flour once the mixture becomes homogeneous and knead for 10 minutes straight until a smooth silky ball of dough forms.

Turn dough out onto a work surface, cut in half, and set aside 1 half and flatten the other so we can fill it with 1 ½ sticks (12 Tbsp) of unsalted butter. Roll it around itself and knead it until it becomes an evenly incorporated but also sticky mess. Add the other half of the dough to the sticky mixture and knead for about 10 minutes until it stops sticking the the countertop.

Butter a large bowl and place dough in the bowl. Cover with plastic wrap and store in a warm place for 2 hours or until it has doubled in size.

After the dough has risen, gently deflate it by pulling the edges of the dough in towards the center around the circumference of the dough. Cover again with plastic wrap and refrigerate 4-6 hours or overnight.

Divide the dough into 18 evenly sized balls and place in a loaf pan that is buttered and lined in parchment paper. Make sure the pan is evenly filled and loosely wrap and place in a warm spot for 2-3 hours.

Brush dough with a final beaten egg, and bake at 375° for 30-40 minutes until the internal temperature is 200°

Place apple pieces, cinnamon and lemon juice in a small saucepan. Cook over low-heat for about 3 minutes, until apples start to soften. Transfer apples into a bowl and set aside to cool until ready to use. 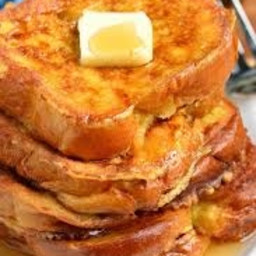