Try this Chocolate Buttermilk Waffles W/strawberries recipe, or contribute your own.

Topping: In small bowl, toss strawberries with sugar; set aside. In large bowl, stir together flour, sugar, cocoa, cinnamon, baking powder and baking soda; make well in center. Pour in buttermilk, egg yolks, butter and vanilla; whisk in flour mixture. In separate bowl, beat egg whites until soft peaks form; fold one-quarter into batter. Fold in remaining whites. For waffles, heat waffle machine and cook according to manufacturers directions, using 1/3 cup batter for each waffle. For pancakes, heat griddle or large nonstick skillet over medium heat; brush with butter. Using 1/4 cup batter for each pancake and brushing pan with more butter as necessary, cook for about 2 1/2 minutes or until bubbles break on top but do not fill in. Turn and cook for 2 minutes. Serve topped with strawberries. Makes 10 waffles or 12 pancakes. Typed in MMFormat by cjhartlin@msn.com Source: The Canadian Living 20th Anniversary Cookbook. Posted to MM-Recipes Digest by "Cindy Hartlin" 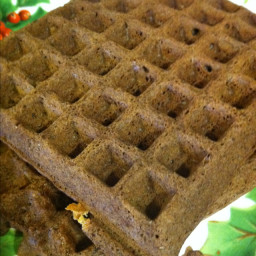 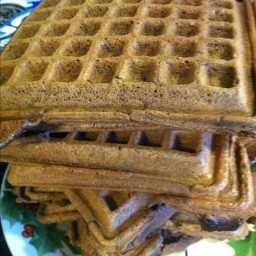