This is a great summertime dessert. It's very easy, with no cooking involved, and is great to take to get togethers.

2. Beat the whipping cream using an electric mixer until it forms peaks.

3. Remove the pudding from the refrigerator and fold the whipped cream into the pudding mixture, stirring gently to mix well.

4. Spoon one cup of the pudding mixture into a 2 1/2 quart glass serving dish. 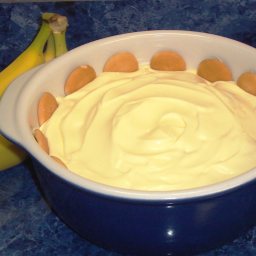 VioletAllure
I used a capful of vanilla extract with this and it was FANTASTIC! Enjoy.
7y
Reply
Reply

apiffanysipress
The pudding would not get thick,I tried two times!
10y
Reply
Reply

Beachbumette
My family has a new favorite!
11y
Reply
Reply