This bread had a surprisingly good taste, considering that a version of it (eaten as barley cakes) was eaten by Ezekiel for a fast for 390 days. Put all ingredients into the bread pan in the order suggested by your bread machine. I use the White Bread setting, Large Loaf (#2 for Oster machine). This is a bread based on Ezekiel 4:9, New King James Version. There are additions such as honey, salt, olive oil, and a little gluten flour to help it out in the bread machine, but then the text doesnt mention the water that would be needed to make bread either. Since I am not good at making bread by hand, Ive modified the recipe from the verse for the bread machine. I started with other recipes and modified them for the NKJ version. I used this version because it agrees with Strongs concordance, and others. The Old English in the KJV had fitches, which was translated various ways by some. say is spelt). "And take for yourself wheat, barley, beans, lentils, millet, and spelt; put them into one vessel, and make bread of them for yourself . . . made and formatted by Russ GIMPLIMP@EFFECTNET.COM . Recipe by: Russell Fletcher GIMPLIMP@EFFECTNET.COM Posted to EAT-LF Digest by "Russell J. Fletcher" 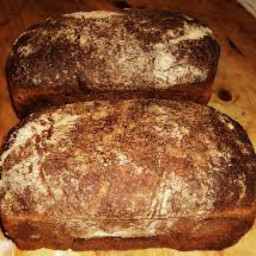 jnanamarga
how do you add the red kidney beans, cooked and the lentals cooked to the recipe, do you add in just the way they are or mash them or do something else to them before adding, it is not clear what to do with them? please advise. I want to make the recipe but don't want to ruin it.
10y
Reply
Reply