Try this Lobster Rolls with Homemade Mayonnaise recipe, or contribute your own.

According to tradition, a lobster roll is served in a grilled hot dog bun and stuffed with a mayonnaise-based lobster salad. During one trip to Maine, Martha discovered this twist on the traditional lobster roll, calling for toasted hamburger buns rather than hot dog rolls and creamy homemade mayonnaise spread on the buns instead of mixed with the lobster. Begin by cooking a lobster and removing the meat from its shell. An easy way to do this is by slicing the tail down the center of underside and pulling it out, or by breaking off the tail and running a fork or lobster pick inside and around the shell. Slice the tail meat at an angle. After spreading the buns with butter, toast them in a skillet until they turn a golden brown. While theyre still hot, spread the mayonnaise on each bun, laying one leaf of crispy lettuce on top. Place the sliced lobster on the bottom bun, and season with salt and pepper and lemon juice to taste. Top with a slice from a fresh beefsteak tomato, and set the other half of the bun on top. HOMEMADE MAYONNAISE: Place eggs, mustard, salt, and lemon juice in the bowl of a food processor or a blender jar. Pulse several times to combine. Combine the olive and vegetable oil. Turn on the machine, and pour the oil, drop by drop, until the mixture thickens. Add the remaining oil in a steady stream. Store in the refrigerator, tightly covered, up to 7 days. (Makes 2 1/2 cups). Source: "Martha Stewart Living - (www.marthastewart.com)" S(Formatted for MC5): "by Lynn Thomas - Lynn_Thomas@prodigy.net " Per serving: 268 Calories (kcal); 10g Total Fat; (35% calories from fat); 39g Protein; 2g Carbohydrate; 517mg Cholesterol; 1965mg Sodium Food Exchanges: 0 Grain(Starch); 5 1/2 Lean Meat; 0 Vegetable; 0 Fruit; 1 Fat; 0 Other Carbohydrates Recipe by: Martha Stewart Converted by MM_Buster v2.0n. 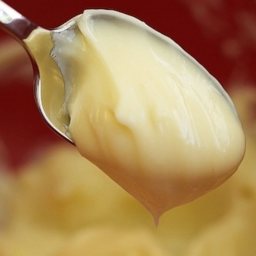 Delicious, homemade mayo...well worth the effort! 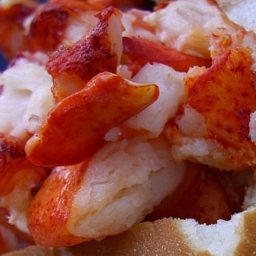 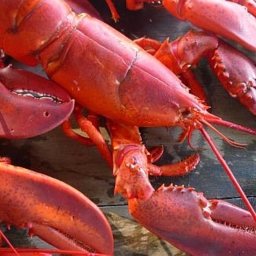 johnsmith8
Made it & love it
7y
Reply
Reply

sgrishka
These were utterly delicious! The homemade mayonnaise was very good, easy to make, and had a mild flavor that didn't overpower the lobster. We almost followed the recipe but did make one minor change since some of our guest were purists and believe nothing should interfere with the mix of sweet tender lobster and mayonnaise. We toasted the buns until golden and slathered them with the mayonnaise while still warm. We then pilled on our roughly chopped lobster meat and choose to serve the lettuce and tomato on the side with additional homemade mayo.
11y
Reply
Reply