We have been using this recipe since we were at The Whitewell Hotel, not too sure were it came from originally but we have made a few changes to the original (I assume).

Place the soaked ham in a large pan, with the clove studded onions, leek, celery, and carrots add the peppercorns and bay leaf

Cover with water; slowly bring to a boil, skimming any foam that forms on top

As soon as it reaches a boil, reduce the heat to low so that the liquid is only gently simmering. Cover and let simmer until the meat is done. Cook for 20 to 25 minutes per pound after it starts simmering

When done, allow the ham to cool in the cooking liquid until just warm, this makes it easier to remove the skin.

Remove the skin and trim the layer of fat, leaving behind some fat; the fat can be left as it is or scored, forming a diamond pattern.

Bake the ham for 15 to 20 minutes taking care to baste the ham with juices and the caramelized sugar, when nice and golden brown, remove from the oven and let it rest for 15 to 30 minutes before carving, or leave until cold. 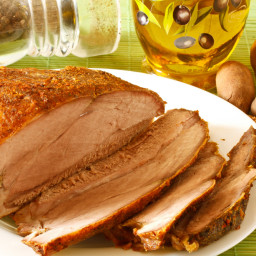 Janemmm
Followed completely and it was yummy... Everyone loved it!
8y
Reply
Reply

madres
The best gammon I have ever tasted. Everyone loved it. Another one for Christmas.
10y
Reply
Reply