Substitute a small can of (drained and picked-over) crabmeat for the bleu cheese for a different flavor.

Melt 3 Tablespoons of butter in skillet. Saute half of mushroom caps for 5 minutes.

Remove from skillet and drain on paper towels. Repeat with remainder of butter and mushroom caps.

Saute chopped stems and onion in skillet, adding a pat of butter if necessary.

Remove from heat. Set aside.

Stir in chopped stems and onions.

Place on cookie sheet and broil until golden brown. 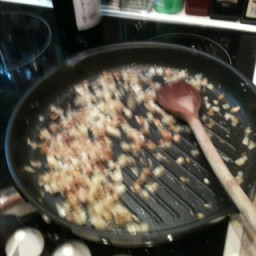 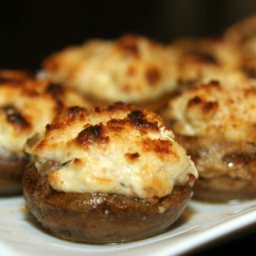 sandiefettyv0u8
This recipe is worth trying, you can replace or add just about anything! I cooked my mushrooms a little longer due to size, and added chopped crispy bacon pieces in the cheese mixture...Yum!
4y
Reply
Reply

phillips66
I would serve these mushrooms with a nice white wine, possibly some fresh strawberries and sliced apples. Cheese toasts too.
6y
Reply
Reply

Bodhicitta
Celiac or GI BEWARE: I was shocked to see this listed as GLUTEN FREE because Bleu Cheese is made with a wheat derivative - the cheese is inoculated with mold (it's what puts the bleu in the cheese). The mold strain that is used has gluten in it. Anyone with Celiac or Gluten intolerance should absolutely NOT use Bleu Cheese in any recipe.
7y
Reply
Reply

LoRAMATHEW
I made these for me and my husband. We both like them but they got sicking after a bit. And yes we would make them again but we would put less blue cheese and more onion.
7y
Reply
Reply