Short of buying it premade, this lasagna is about the simplest there is. 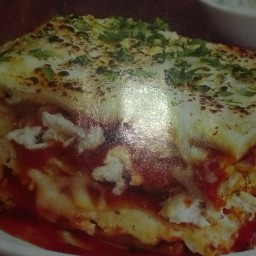