Try this Santa Fe Style Beef Enchiladas recipe, or contribute your own.

Combine beef, tomatoes, onions, garlic, salt, cumin, and coriander in a large saucepan, over a moderate flame. Heat to a boil , reduce heat, cover, and simmer for 2 hours, until tender. Remove from heat, cool.

Remove beef, separate into shreds with a fork, set aside reduce liquid to 2 cups.

Stir in chiles and pour into a 9x13x2-inch baking dish. Heat cream in a skillet, over a medium flame. Soften tortillas in heated cream, 1 at a time. Place 1/3 cup beef onto each tortilla. Rollup and place into baking dish. Top with grated cheeses, pour remaining cream over all.

Grove tips: We first made this 9/22/03...very good. We used a flank steak and found that liquid needed to be added near the end of boiling the meat (maybe a can of beer or cup of beef broth). We also used a smaller baking dish.

8/19/09: Works perfectly in a cast iron dutch oven. Cooked it at 300f on the Big Green Egg (grill/smoker/oven) for about 90 minutes. As the past times, ended up adding a whole can of beer to keep the moisture up enough to continue braising. Added a chunk of cheese to the inside of each enchilada. Found this worked better in a shallow baking dish instead of a casserole dish, so the enchiladas aren''t as soggy. It''s a preference thing. 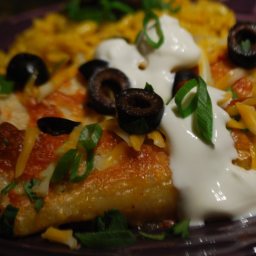 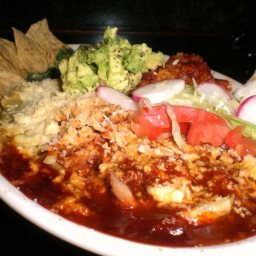 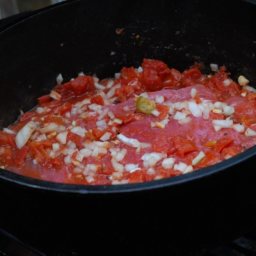 This dish works great in a dutch oven. I did this batch in a covered 12" dutch oven on the grill at 350. 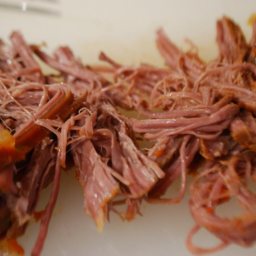 When the meat has finished braising, it should pull apart easily with a fork like this.

LeeJo
We will not be making this recipe ever again. A lot of time and effort to make and they were soggy on the bottom and hard and crispy on the top. And sauce was just ok.
11y
Reply
Reply

swibirun
[I made edits to this recipe.]
13y
Reply
Reply

UKSAHM
This recipe is excellent! I use it often around my house.
15y
Reply
Reply

UKSAHM
This is my favourite way to make enchiladas now. It works equally well for chilli and with chicken enchiladas.
15y
Reply
Reply

NanLT
I like that I can use cheaper cuts of beef to make this dish. I do add an extra tomato tin full of water and a beef stock cube to the mix before bringing it up to a simmer. I then stick it in the oven on a low temperature for a couple hours. We like things a bit hotter, so add a 1/2 teaspoon of chilli powder to the recipe while it is cooking so that it can infuse with the meat.
16y
Reply
Reply