Try this Sloppy Joe's recipe, or contribute your own.

Mix all ingredients together in a crock-pot. Let marinate in juices for at least 4 hours, stirring at times. Serve on a Kaiser Bun with relish, cheese and fried onion! Enjoy! 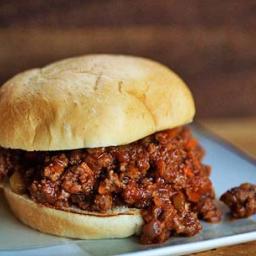 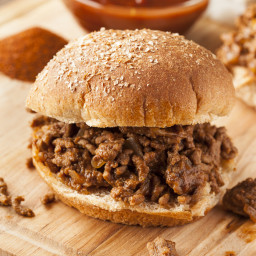 amyjojohnson3e4y1
so yummy! It was a big hit with my hubby and 6 and 7 year old boys! So easy, and taste so good!
5y
Reply
Reply

timgraham1
Do you cook the meat before you put it in the crock pot or just throw it in there raw? Do you cook it on HIGH or on LOW for 4 hours? Since the recipe did not call for cooked ground beef or tell what temperature to cook the concoction, this is what I did: I added all of the ingredients to the raw meat, and erring on the side of caution, I cooked it on LOW for 4 hours. After 4 hours, it did not look cooked through and through, so I let it remain in the cooker for another 4 hours. After 8 hours on low, it was done, but it had a lot of grease on the meat. I removed the meat from the crock pot with a slotted spoon, allowing the grease to remain in the pot. Once strained, it looked and smelled wonderful. Next time that I attempt this recipe, I will cook the meat before I put it in with the other ingredients and leave the crock pot setting on LOW in an attempt to alleviate the grease problem and attempt not to burn the mixture. If that does not turn out as well, then I will make the recipe with the settings on HIGH with the meat uncooked. Great tasting recipe and fairly simple to make.
7y
Reply
Reply