Position a rack in the lower third of the oven and heat oven to 325 degrees F. Line an 8 by-8-inch square baking pan with foil so it hangs over the edges by about 1 inch.

For the crust: Lightly butter the foil with some of the melted butter. Stir the rest of the butter together with the crumbs, sugar, and salt in a medium bowl. Press the crumb mixture evenly over the bottom of the pan. Bake until golden brown, about 20 minutes.

Meanwhile, make the brownie. Put the butter and chocolate in a medium microwave safe bowl. Melt in the microwave on 75 percent power for 2 minutes. Stir, and microwave again until completely melted, about 2 minutes more. Alternatively, put the butter and chocolate in a heatproof bowl. Bring a saucepan filled with 1 inch or so of water to a very slow simmer; set the bowl on the pan without touching the water. Stir occasionally until melted. Stir the light brown and white sugars, vanilla and salt into the melted chocolate. Add the eggs and beat vigorously to make a thick and glossy batter. Add the flour and stir until just incorporated.

Pour batter into the prepared pan. Bake until the top is crispy and a toothpick inserted into the middle comes out mostly clean, with a few crumbs, about 40 to 45 minutes.

Remove from the oven and carefully position a rack about 6 inches from the broiler and preheat on low. Layer marshmallows across the top and toast under the broiler until golden, (keep an eye on it, it can go quick), about 2 minutes. Cool on a rack, gently removing the brownies from the pan using the aluminum flaps. Carefully separate any marshmallow from the foil and fold away. Cut into 12 (2-inch) squares. 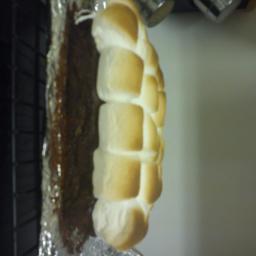 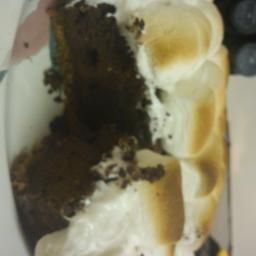 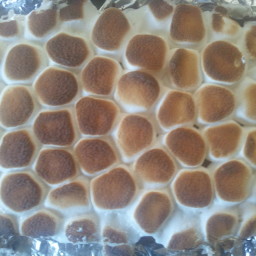 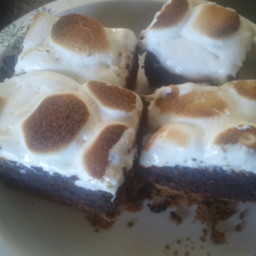 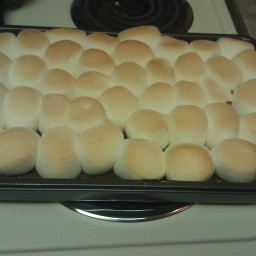 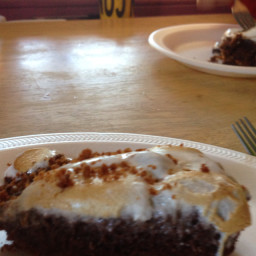 sarahanaruk
They were too sweet for my taste. The crust seemed to overwhelm the rest of the flavored. I think next time I would cut down the recipe for that part. My husband liked them though.
6y
Reply
Reply

Ange325
Ah-mazing! I cut the marshmallows in half and watched them instead of relying on the timer.
7y
Reply
Reply

amandaweingartner
The marshmallows were only in the oven for like 20 seconds and almost burned...but I think it's because I had the oven rack too high.
7y
Reply
Reply

maegankrogh
I think these brownies are best when served warm out of the oven. They were not my favorite overall.. When making them make sure you only broil marshmellows for 1 minute instead of 2 as the recipe reads.
7y
Reply
Reply