Try this Spicy Vegetable and Potato Curry recipe, or contribute your own.

Suggest a better description This private recipe can be shared with this url .

In a blender, combine onion, peppers, garlic and broth and blend until smooth. Set aside. Place a large, deep skillet over medium-high heat and add cinnamon, cumin, turmeric and coriander; stir constantly until fragrant and then add broth mixture. Simmer for 1 minute and then stir in coconut milk and tomatoes. Bring to a boil and stir in eggplant, potatoes and salt. Lower heat, cover the skillet and simmer until potatoes and eggplant are tender, about 30 minutes. Stir in green beans, cover, and cook until beans are tender, about 10 more minutes. Remove and discard cinnamon stick. Serve garnished with cilantro. 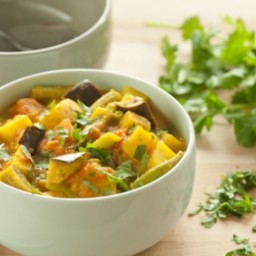 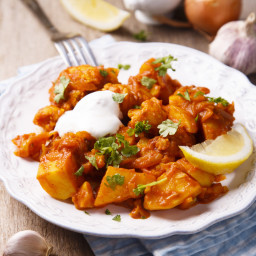 spacemom1
Very good. I substituted 1 T plus 1 tsp curry for the individual spices. I also left out the peppers to match my family's preferences for spiciness.
5y
Reply
Reply

shafaz
A curry without using curry powder ... Must try this.
5y
Reply
Reply