1. Make a pot of strong coffee, pour into a dish or bowl and allow to cool before adding the brandy.

2. Separate the eggs and set aside whites. In a large bowl, beat the egg yolks and the sugar together until pale and thick.

3. Add the mascarpone and mix until combined.

4. In another bowl, whip the cream and then fold into the egg, sugar and cheese mixture.

5. In a third bowl, beat the egg whites into soft peaks and then quickly fold into the cream mix.

6. Sprinkle a thin layer of cocoa powder into a large dish

8. Continue dipping biscuits and placing in the dish (or place in dish and sprinkle), creating a layer of soaked biscuits. Dust with a sprinkling of cocoa powder.

9. Spread a thick layer of the cream mixture over the layer of biscuits, dust with another sprinkling of cocoa powder.

10. Place another layer of soaked biscuits in the dish, again sprinkling with cocoa powder.

11. Smooth the rest of the cream mixture in a thick layer over the second biscuit layer. Sprinkle with cocoa powder.

12. Place in refrigerator and allow to set. Do not serve for at least 2 hours. For the best flavor, leave for 24 hours.

Don't over-soak the biscuits--or use the sprinkle method. 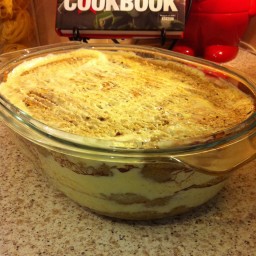 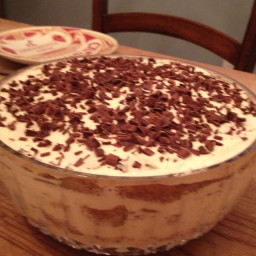 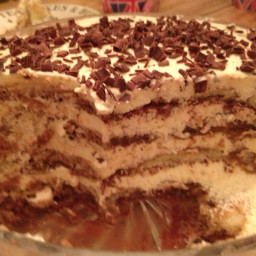 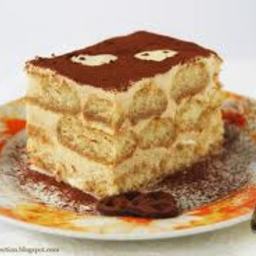 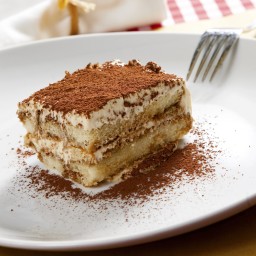 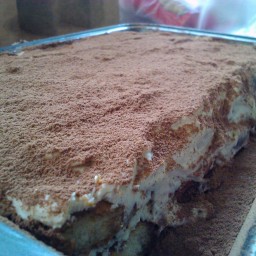 My attempt on this Tiramisu. Turned out great!

golfdoog
This is a very good recipe and it worked out very well. My wife and three daughters loved it. My oldest never asks for Birthday cake, but for tiramisu on her birthday.
4y
Reply
Reply

menauriel
I love that the cream and egg whites are beat and folded in separately, it makes the dish light and fluffy. I excluded the brandy and just used high quality instant espresso.
6y
Reply
Reply

2sly4u
I made this for my husband's bd and out of all the desserts I made, he said this is the most amazing cake I ever made. Even better than restaurant ... WOW!! But one little issue ... You said to use "large" dish ... I did put in a large dish and ran out of the cream mixture, had to make another batch. No way would this recipe be enough for 12 people. No matter I'll remember next time. Definitely has to be a next time
7y
Reply
Reply

Ajibilian
To answer some questions: 1dl=100ml which is on a Pyrex measuring jug Use heavy cream and whip until stiff Raw eggs aren't usually a problem , you eat them all the time on Cesar salad dressing!
9y
Reply
Reply

Tomguts
I have tried this is so.easy and deliciuos
9y
Reply
Reply