Get all your recipes organized. Make grocery lists and meal plans from recipes. More!

BigOven runs in any web browser for Windows, Mac or Linux, with native, synchronizing apps for iPhone, Android, iPad, and Windows Phone.

BigOven is now web-based and on all smartphones and tablets

If you have a smartphone or tablet, like an iPhone, iPad, Android, Windows Phone, use BigOven's web and mobile recipe organizer, which has all the features of our downloadable desktop software, and also syncs automatically with BigOven's free mobile cooking apps, so you can carry your recipes and grocery list with you.

Get your recipes organized!

Basic membership is free; BigOven Pro membership is our ultimate recipe software, unlocks extra features and content, removes all advertisements, and is just $2.99/month or $24.99/year. 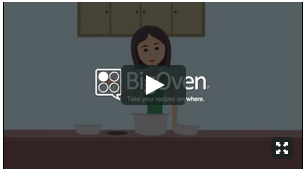 Join us today to try BigOven on the web free!

Are you looking for the old BigOven for Windows desktop software, first released in 2003 and made free in 2011? As of January 1 2016, we have moved fully web and mobile-based, and are happy to assist you in moving your recipes to the cloud. Read more in our blog post; we can help you migrate to private recipe management on the web.
Add unlimited recipes. Remove ads. Custom folders. Find recipes for your diet. Try BigOven Pro Free