Homemade pumpkin pie made with Splenda.

Combine the oil, water, flour, and tablespoon of Splenda in a large bowl. Using your hands, mix the ingredients together until it forms a ball of dough and no flour is visible. Place a sheet of wax paper on a table/counter. Put 1/2 of the dough onto the wax paper and put another piece of wax paper overtop of the dough. Using a rolling pin, roll the dough into a large thin circle. Put the dough into a 9 inch pie pan (glass is perferable, but metal also works) and press the dough around with you fingers to ensure the bottom and sides of the pan are covered with dough. Repeat to create the second pie crust

Combine the cans of pumpkin pie mix, Splenda, eggs, evaporated milk, milk, salt, cinnamon, and pumpkin pie spice into a large mixing bowl. Using a hand mixer, mix all of the ingredients together until fully combined. Pour half of the mixture into each pie crust so that the pie crust is almost filled completly up (there may be a little extra pie filling left in the bowl...do not overfill the pies). Sprinkle cinnamon on the top of the pies.

Bake the pies on the middle oven shelf for 15 minute at 425 degrees. Lower the heat to 350 degrees and bake for an additional 45 minutes. Remove the pies from the oven and place on a cooling rack or countertop (not on top of the stove).

There should be 4 cups total of evaporated milk and regular milk. 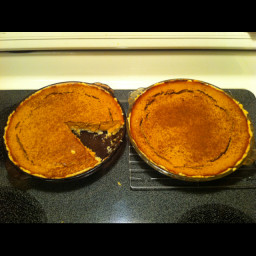 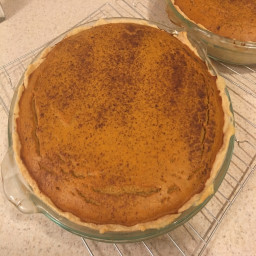 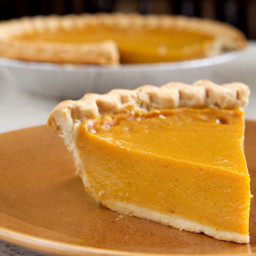