“Praso” means “leek,” and “pita” means “pie” in Greek. Put the two together, and you have one mouth-watering dish that will transport you directly to the country of Greece, its traditional dishes, and state of mind. You may suddenly get the urge to book flights for your next Greek vacation!

This delectable savory pie combines leeks, feta, and graviera cheeses encased in a buttery, flaky homemade phyllo dough. It’s one recipe you’ll want to have on hand to impress and please the palates of even the most discerning guest.

Phyllo dough is a staple in Greek cooking. This dough is used for many dishes -- savory and sweet, including the famous spanakopita, as well as a classic breakfast pastry called bougatsa. 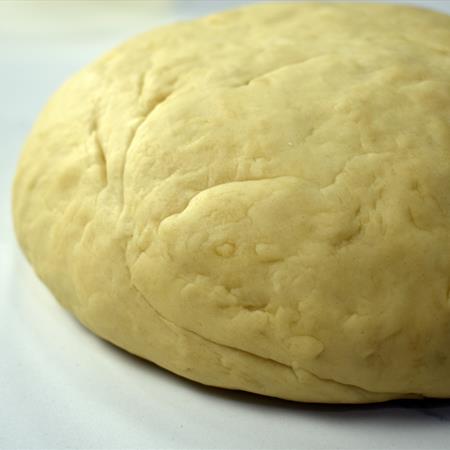 Traditionally, phyllo dough is made using flour, water, and oil. It’s stretched and rolled into paper-thin sheets, one at a time. Those sheets are then brushed with melted butter and layered on top of each other for pies. This process is continued until you have many layers. This method is similar to that of a laminated dough like puff pastry. Instead of whole butter being rolled into the dough, like laminated dough, in this recipe, it’s melted and brushed onto the dough sheets, then refrigerated to solidify, before they are baked.

In addition to the customary flour, water, and oil, we add vinegar to our dough recipe. The acidity from the vinegar helps to increase the flexibility of the gluten, which allows the dough to stretch more easily, as well as crisp up.

If you feel like making the dough from scratch is too much, fear not! Store-bought will work beautifully here.  Also,  you won’t be alone! It’s very common even for Greek bakeshops to purchase and use frozen phyllo dough as it saves a lot of time.

When using store-bought, be sure to fully thaw out the dough and allow it to come to room temperature before working with it. Store-bought phyllo dough is notorious for becoming dry and brittle. A good way to help prevent this is to cover it with a damp cloth once it’s been removed from its package. Then, use a pastry brush to evenly apply the butter to each layer -- making sure to coat every inch of the dough with it.

The Method of the Sun

Our recipe uses an age-old Greek Macedonian phyllo rolling technique called the “Method of the Sun.” It is named after the Vergina Sun, the symbol of ancient Greek Macedonia of Philip II and the Great Alexander. This approach is one of literally hundreds of variations specific regions of Greece have for the phyllo dough-making procedure, which, in turn, each make hundreds of variations of phyllo dough savory pies and desserts. Yes, it is true that spanakopita (spinach pie), the most popular Greek pie outside Greece, is just a small example of countless Greek pie variations.

What method a Greek cook uses for homemade phyllo dough is usually passed from generation to generation. Method of the Sun uses a singular cut-and-roll process that also yields the same flaky result without having to roll countless paper-thin layers.

Don’t worry, even if you make this recipe in the dead of night, the method of the sun will still work! It really refers to the way you roll out and cut your dough. Once the dough is formed you will be rolling it into two circles of uniform thickness. In the center of the rolled-out dough, you will cut concentric circles with the tip of a knife. Then, cut out from the edge of your inner circles like rays of the sun. This should create eight wedges as if you rolled eight thin sheets of phyllo dough. Next, each of those wedges as well as the inner circle should be generously brushed with melted butter. 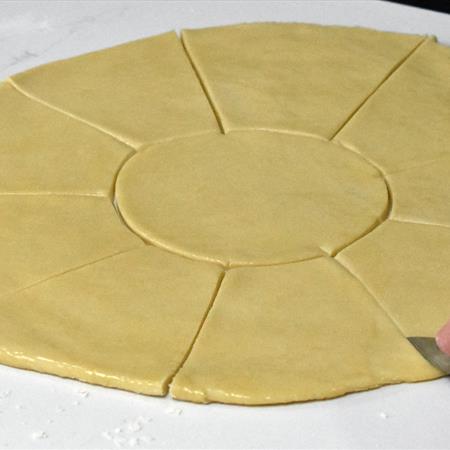 Finally, you will stack all of the buttered wedges on top of one another and place them on top of the inner circle. Wrap all of this up with plastic wrap and place it in the fridge for an hour to rest and the butter to solidify. When you are ready to assemble the Greek pie, you will remove the cut dough from the fridge and roll out each stack forming the top and bottom crusts.

The star of the show is the humble leek, a staple in Greek cooking. Leeks are large, fresh green onions with white root ends. They’re very versatile in cooking and can be steamed, braised, grilled, or even served cold. The uses for leeks extend to sauces, soups, stews, and so much more. 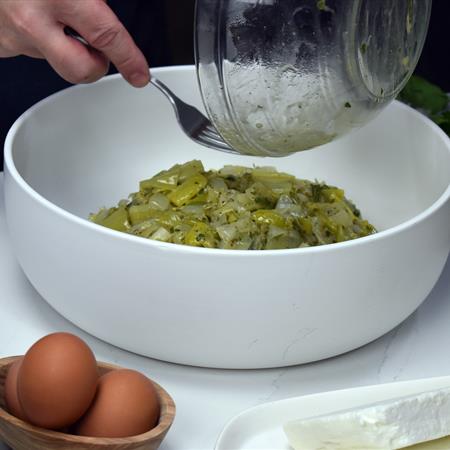 The main thing to remember when working with leeks is to thoroughly wash them. Leeks have many layers to them, and because they grow upward from the ground, dirt and grit can get trapped in all of the layers. To clean the leeks properly, you should run them under water to clean off all the surface dirt. Trim off the top dark green leaves and cut off the root end. Then cut the leek lengthwise and rinse all the layers under running water to remove any additional dirt. Boiling them briefly before using them, then rinse again to ensure they are completely clean.

Including the leeks, there are three different onions in the filling. All the different onions combined with the garlic and white wine create an aromatic feast for the senses that make this recipe one-of-a-kind. The lemon juice and fresh herbs add brightness and help to round out the flavors of the dish.

Deliciously salty and tangy feta cheese makes this Greek pie a savory delight. Feta in Greek means “slice” and usually accompanies every Greek’s lunch and dinner in a salad or by itself with just olive oil, salt, and pepper sprinkled on top. Quality feta should be firm, soft, and moderately crumbly with a tangy but sweet fragrance. It’s typically stored in brine, and it pairs well with savory pies, Greek salad, and a plethora of other hot and cold dishes. Feta is a soft cheese and traditionally is made from goat and sheep’s milk, with cow milk being introduced recently.

Coming in far second in popularity in Greece to feta is graviera cheese. This slightly sweet, nutty, and buttery hard cheese is also a delicious standout in this recipe. Graviera is made from sheep’s, goat’s and cow’s milk, depending on the region. It is usually aged for at least 5 months. 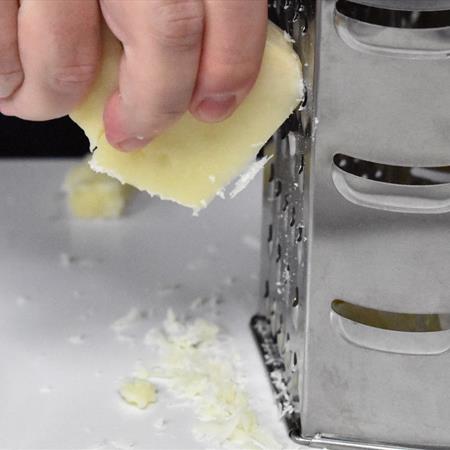 Graviera cheese is also just as versatile as feta. It can be used in both hot and cold dishes like pasta, salads, and even a classic Greek fried cheese dish. If you are unable to find graviera cheese in your local store, gruyère makes a great substitute.

Liberally brush a roasting pan with melted butter and lay down one sheet of your phyllo dough, making sure that it is larger than the dimensions of the pan. Pour in the luscious filling and evenly distribute it throughout the pan. Then, place the second layer of dough over the filling and crimp the edges of both doughs together to form a tight seal. Brush the top of the leek pie with your butter and egg yolk wash. Bake in a 375°F oven for 55-60 minutes, or until the top is crisp and golden brown, and enjoy! 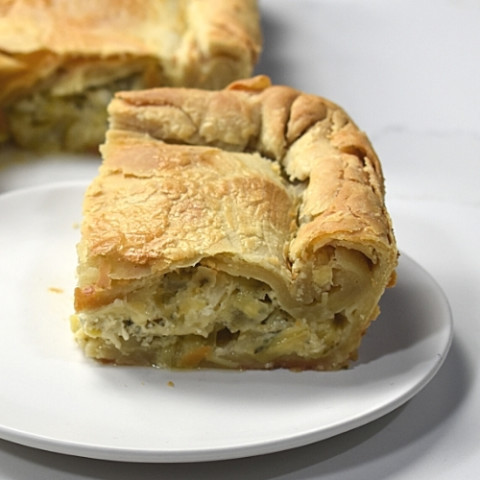