The Colorado Bulldog is an interesting variation on the White Russian, made with vodka, Kahlúa coffee liqueur, cream, and a splash of cola to top it all off. It's a simple recipe, and as a result it's hard to tell exactly where it comes from—like so many other one-ingredient additions or subtractions, the Colorado Bulldog was probably invented many times over before anyone settled on a name. A number of cocktail journalists have put out calls to see who claims to have concocted it first, and if anyone has any idea what this drink has to do with Colorado or bulldogs, but to no avail.

As a drink, the Colorado Bulldog is certainly tasty, if a bit indulgent. The combination of cream, cola, and coffee liqueur isn't exactly low-calorie (or "craft," really, depending on your definition), but it makes for an interesting and sultry-sweet blend of creaminess and carbonation. Perfect as a dessert drink, or simply for those who have grown tired of the classic White Russian,  the Colorado Bulldog is definitely worth a taste. 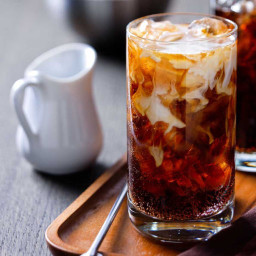 Stickykitchen
Great flavor, refreshing and easy, and you can adjust any of the ingredient amounts to suit you.
1y
Reply
Reply