Try this Springtime Spinach Enchiladas recipe, or contribute your own.

1. Preheat oven to 350F. In a deep saucepan, saute the onions, garlic, bell peppers, chili and salt in the oil until tender. Stir in the mushrooms and spinach and cook until most of the moisture evaporates and the spinach has wilted. Remove from heat and stir in 1/2 cup of the cheese, the cilantro, and the toasted almonds or sunflower seeds.

2. Divide the mixture evenly into 6 to 8 tortillas. Roll up and lay into a lightly oiled baking dish. If using corn tortillas, top each enchilada with red sauce immediately after rolling so they dont split. Top with enchilada sauce and the remaining cup of cheese. Bake in preheated oven until bubbly and golden, approximately 45 minutes. 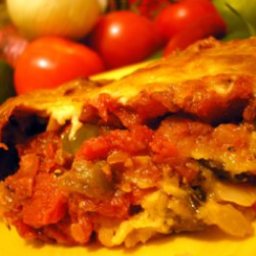 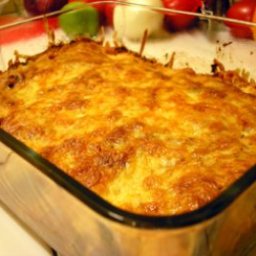 eca234
I made this w/ Lisa'a Enchilada Sauce. I added beans, and chili power, cumin and cayenne. Came out ok, but not sure it was worth it for the effort for me.
8y
Reply
Reply

ernest787
these were delicious. we will definitely be making these again
9y
Reply
Reply